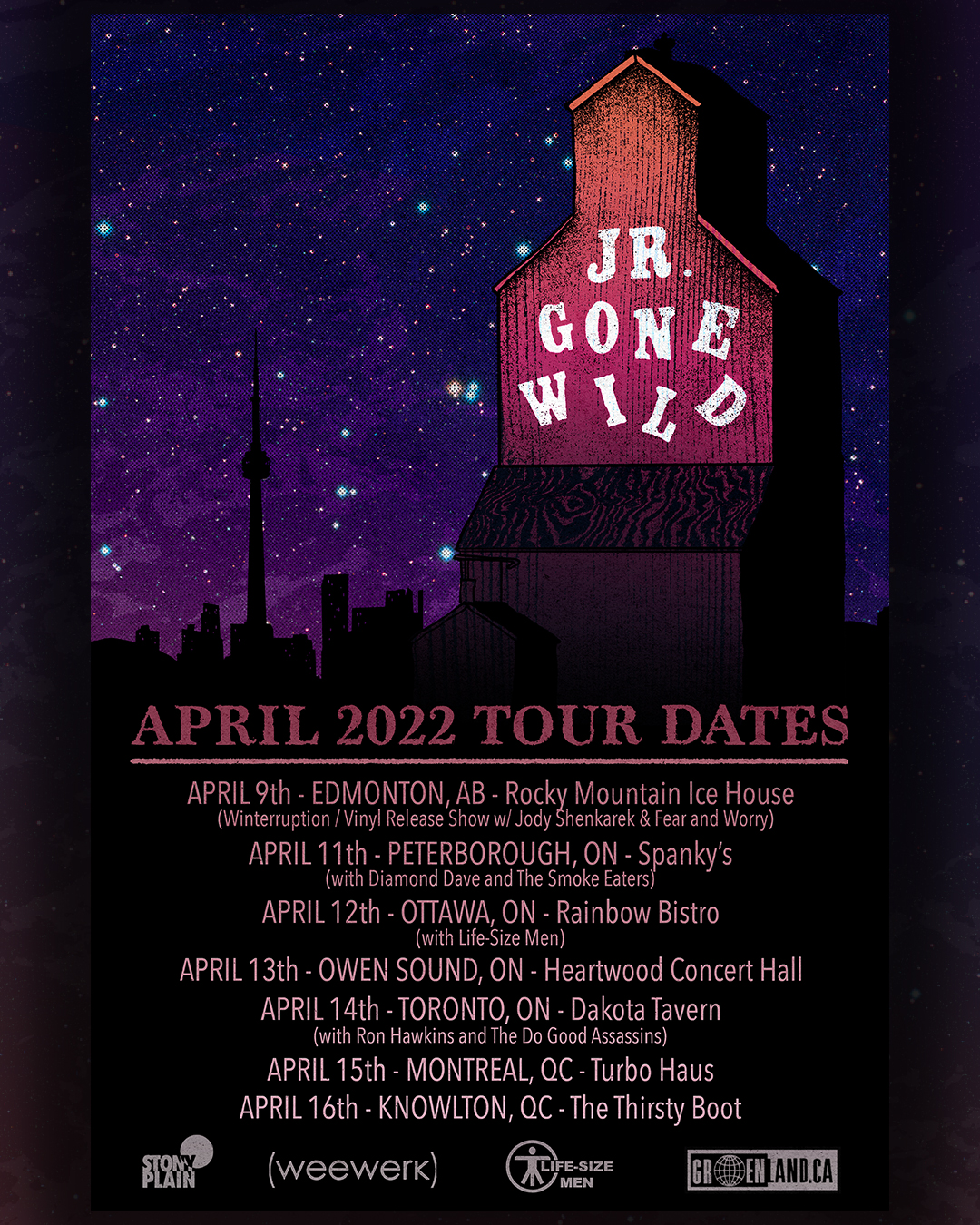 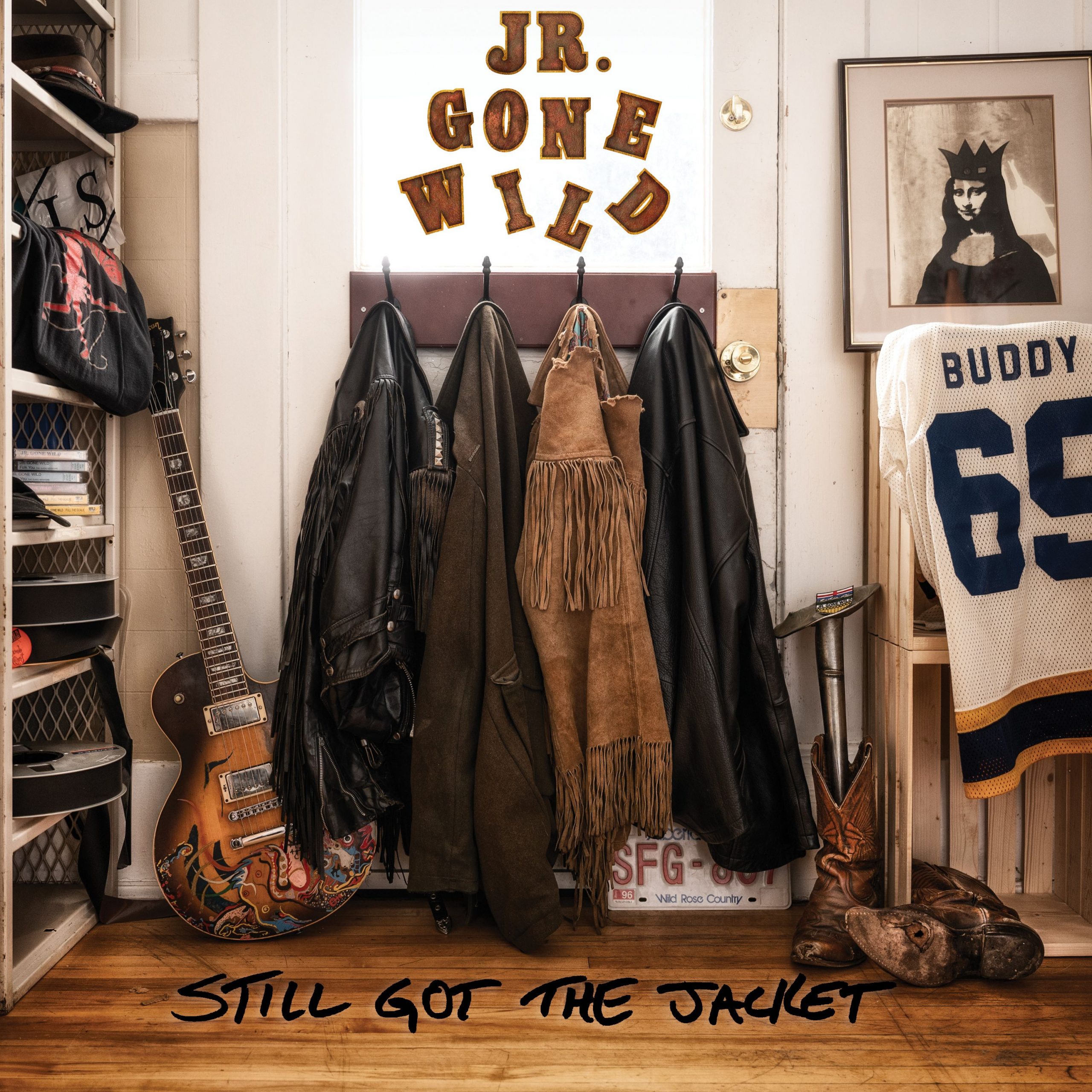 From 1983-1995, Jr. Gone Wild helped introduce Canada to a new musical genre, alternative country. Over the course of five acclaimed albums, the Edmonton, Alberta band fused elements of folk and rock with a punk attitude, while building a devoted fan base through epic live shows.

Now, after 25 years, original members Mike McDonald (guitars/vocals), Steve Loree (lead guitar) and Dave “Dove” Brown (bass) have reunited with McDonald’s nephew Quinton Herbert on drums for Still Got The Jacket, an album that incredibly sounds as if no time has passed.

Over the course of 16 tracks, Still Got The Jacket burns with the old fire, while at the same time offering a fresh lyrical perspective that’s a product of hard-earned experience. Ahead of the album’s release on Nov. 12, the band is sharing a preview in the form of a “double single,” the power pop-infused “Girl In The Crowd” and a spot-on cover of the Chilliwack classic “Fly At Night.”

“Girl In The Crowd” is classic Jr. Gone Wild—part Byrds-ian jangle coloured by Loree’s melodic guitar lines, with McDonald’s finely crafted lyrics echoing the wit of peers such as Paul Westerberg and Jeff Tweedy. Meanwhile, “Fly At Night” reconnects the band with former producer Bill Henderson, who was more than happy to contribute some new guitar parts to one of his most beloved compositions that’s always seemed tailor made for Jr. Gone Wild’s repertoire.

The seeds of a Jr. Gone Wild revival were planted in 2013 when the members agreed to do a short run of shows. The enthusiastic response led to more shows, as well as new songs taking shape. Sadly, drummer Larry Shelast died from a heart attack in 2019, but with Herbert taking over the kit, the band hunkered down in Loree’s studio and recorded Still Got The Jacket during the summer of 2020.

On one hand, there was a sense of things coming full circle, but on the other hand it was apparent to everyone that a new, exciting chapter was just beginning. Upon hearing Still Got The Jacket, there is little doubt Jr. Gone Wild sound as vital as they ever have. Part of that came from knowing exactly what they wanted to capture on tape for the first time, while their other primary motivation was to exceed the expectations of the loyal listeners in Canada and around the world who have kept Jr. Gone Wild’s legacy alive.

Mark Twain once famously said, “Politicians, old buildings and prostitutes become respectable with age.” He never got a chance to consider whether rock and roll musicians do as well, although most would likely prefer to retain their youthful glory. Somehow, against all odds, Jr. Gone Wild has done that with Still Got The Jacket, and in the process reminded us what alt-country really means. 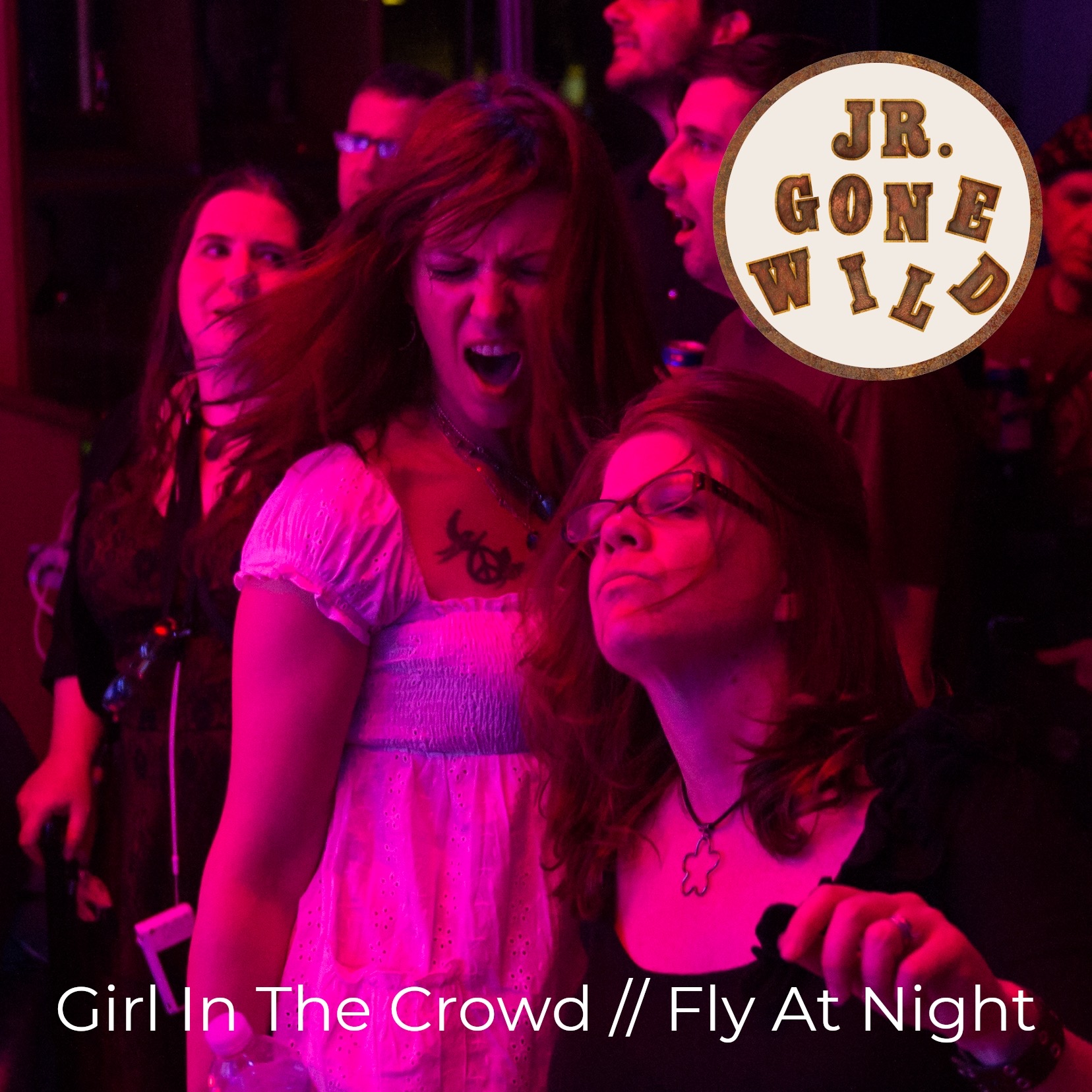 New Double Single "Girl In The Crowd" / "Fly At Night" from JR. GONE WILD - Out Now!